Muscat, February 21st 2020: A record number of people have taken to the streets of Muscat for the biggest ever running event in Oman, the 2020 Al Mouj Muscat Marathon.

More than 10,000 runners from 102 different countries are expected to take part in the twelfth edition of the Al Mouj Muscat Marathon, which will see seven races held over two days within the beautiful setting of Al Mouj Muscat.

Despite the early hour, a huge crowd gathered for the flag off for the marathon and half-marathon on day 1, with the runners spurred on by the cheers and drummers on either side of the start line. The course took in the palm trees and wide boulevards of Al Mouj Muscat, before moving on to the vibrant golf course and the finish in the Race Village, where the runners crossed the line to tune of traditional Omani music.

“The camaraderie and the warmth within the race and all along the route and at the finish was amazing. It’s a wonderful place to be on the finish line. I ran in with people finishing their first ever half marathon, first ever marathon and the first 10KM as well.

“It’s a really great event, it brings the community together and it’s a wonderful event to be a part of.”

There was a special moment when Paula presented the prize to the winner of the women’s 10KM, Lisa Migliorini, recreating a moment where the British Olympian presented her with a medal when she was a child. 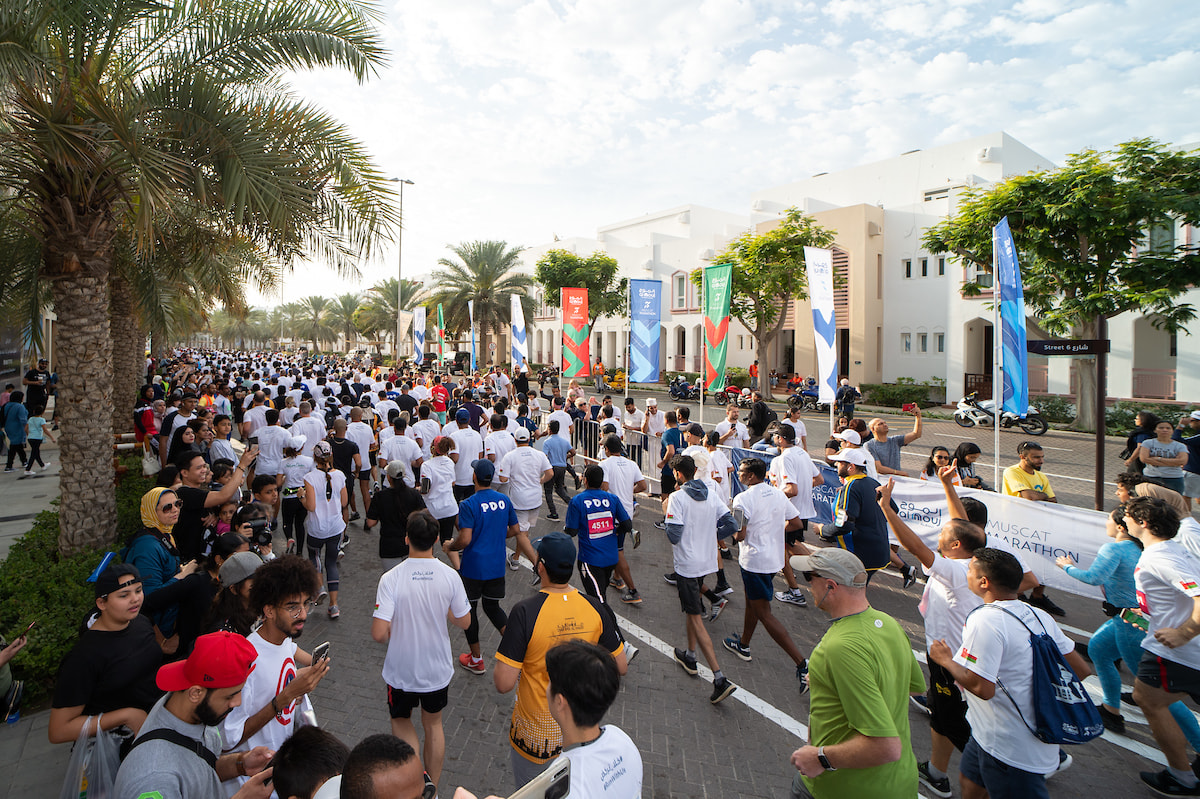 Iran’s Mohammad Bagheritajamir received one of the biggest cheers of the day when he ascended the podium to collect his gold medal for the men’s 10KM. It was also a great local result in the men’s half marathon, with Oman’s Ali Al Badawi, Jehad Al Mahrami and Ibrahim Al Naabi winning the top three spots, while 22-year-old Hawi Alemu from Ethiopia had a debut to remember, winning the women’s half marathon

The centrepiece event – the marathon – was won by Kenya’s Pius Karanja, while Astede Habtamu of Ethiopia was the women’s champion. It was a big victory for the for former Berlin, Eindhoven and Tokyo Marathon winner, who is returning to the running circuit after maternity leave.

The vibrant two-day running festival will conclude on Saturday when thousands of children take to the streets of Muscat for the 3KM, 2KM, and 1KM events, while a sold-out 5KM charity race will also be held in aid of the Oman Diabetes Association and Environmental Society of Oman.