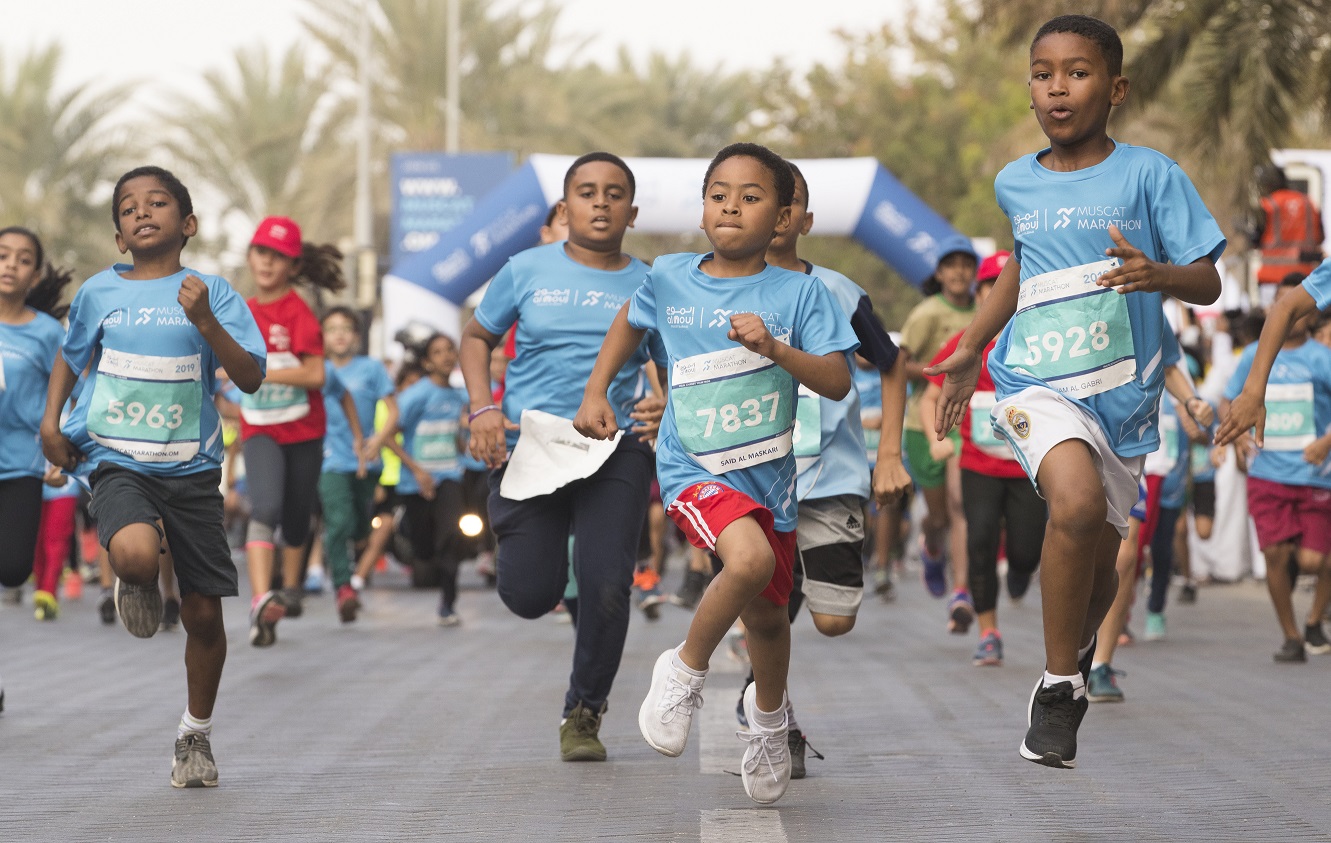 Muscat, January 19th 2019: The focus of the Al Mouj Muscat Marathon switched to charity fun-runners on Saturday as they shared centre stage with thousands of children who took to the streets for the Kids’ Run events.

While Friday’s start to the festival of running centred on the 42km marathon with a field of elite athletes and dedicated amateurs from all four corners of the world, the following day was about supporting Omani charities and welcoming the next generation of runners.

The 5km Charity Fun Run got proceedings underway at 7.00am, with more than 2,000 registered runners from 12 years old and upwards setting off through the Al Mouj waterfront community in the heart of Muscat.

Oman’s Obaid Al Jabri led the field home in an impressive time of 16 minutes and 34 seconds, declaring “I will be back next year for sure” after crossing the line. He finished ahead of Ayoub Al Rashdi and Wadhah Al-faliti. 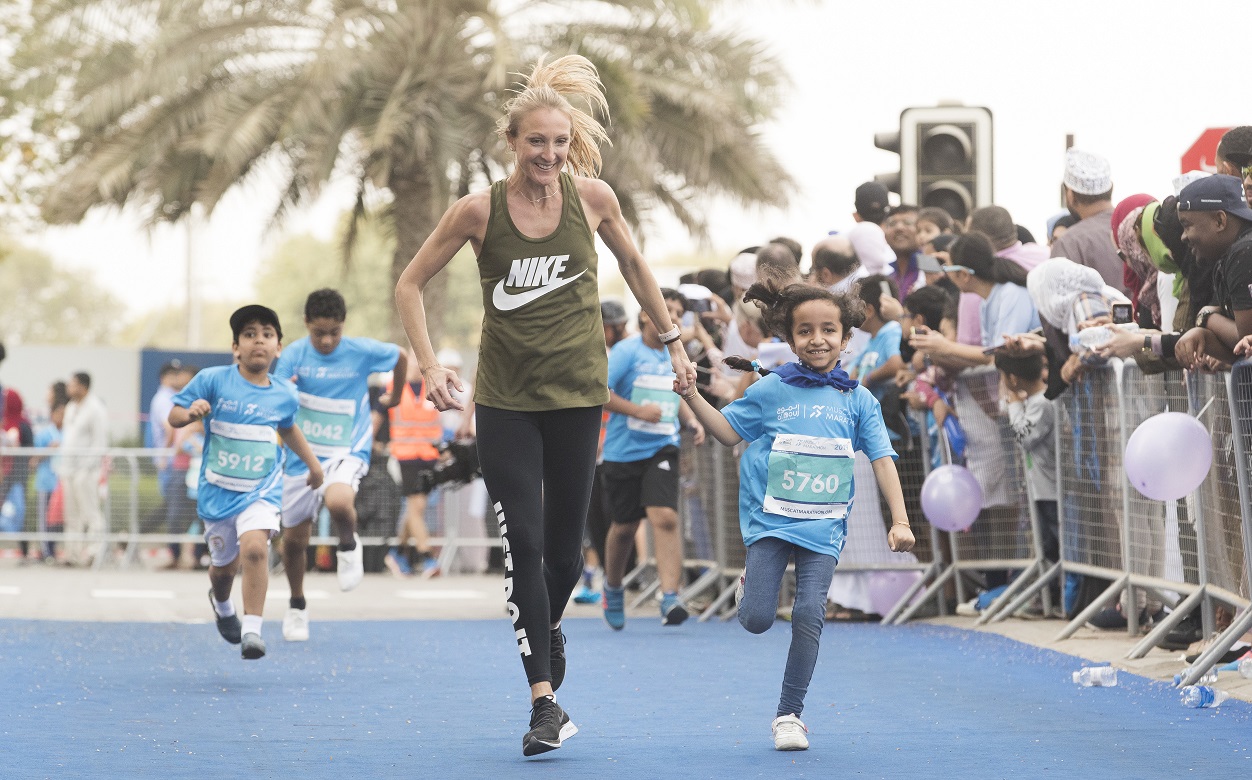 The level of excitement then went up several degrees as 2,776 young runners gathered for the start of the Kids’ Run event at 8.20am, which saw youngsters aged from seven to 12 years old take on 1km, 2km and 3km courses.

All the races were again flagged off by women’s world marathon record holder Paula Radcliffe, an ambassador for the Al Mouj Muscat Marathon, who also took to the race course to run alongside many of the runners as they approached the finish line.

The 3km race was won by young British runner Nathan Byford in 13:25, who also took top spot in 2018 and credits his repeat success to his father.

“It was great, very, very cool, and I did it last year so this is twice for me, so it feels very, very good. I run quite a lot because of my dad, even when I don’t want to. I like to play my games a lot but he says ‘we’re going to go out for a run’, and he makes me do it, but after I do enjoy it. I will definitely be back next year.”

Friday’s marathon saw the largest number of elite long-distance athletes ever gathered in Oman, with the men’s race won by Kenya’s Ronald Korir in a time of 2:13:36 and the women’s race by Ethiopia’s Gada Bontu in 2:36:04. The very popular 10k race showcased Omani talent with local runner Bilarab Al Hamhami taking the win.

The eighth edition of the Al Mouj Muscat Marathon again saw a record-breaking number of entries across all the running categories, producing immediate economic benefits to the Sultanate as well as further highlighting Oman as one of the world’s leading sports tourism destinations.

As well as the backing of title sponsor Al Mouj Muscat, the Oman Sail organised event also had the support of its original creator Muscat Road Runners, the Ministry of Tourism, Oman Athletic Association and the Muscat Festival. 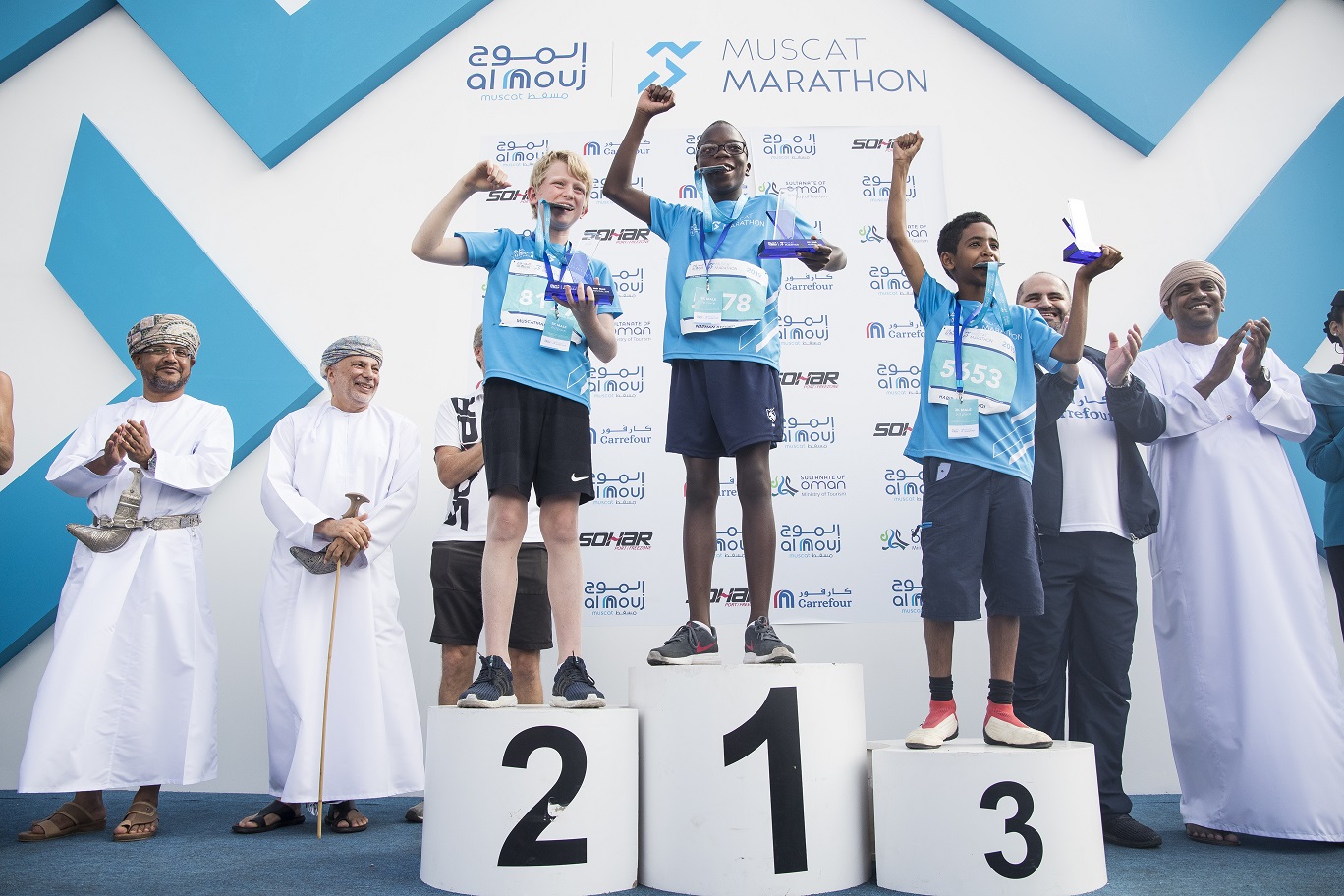 All those who took part this year in the marathon and the five other running categories are invited to register their interest for the 2020 Al Mouj Muscat Marathon via the event website at https://muscatmarathon.om/pre-register/