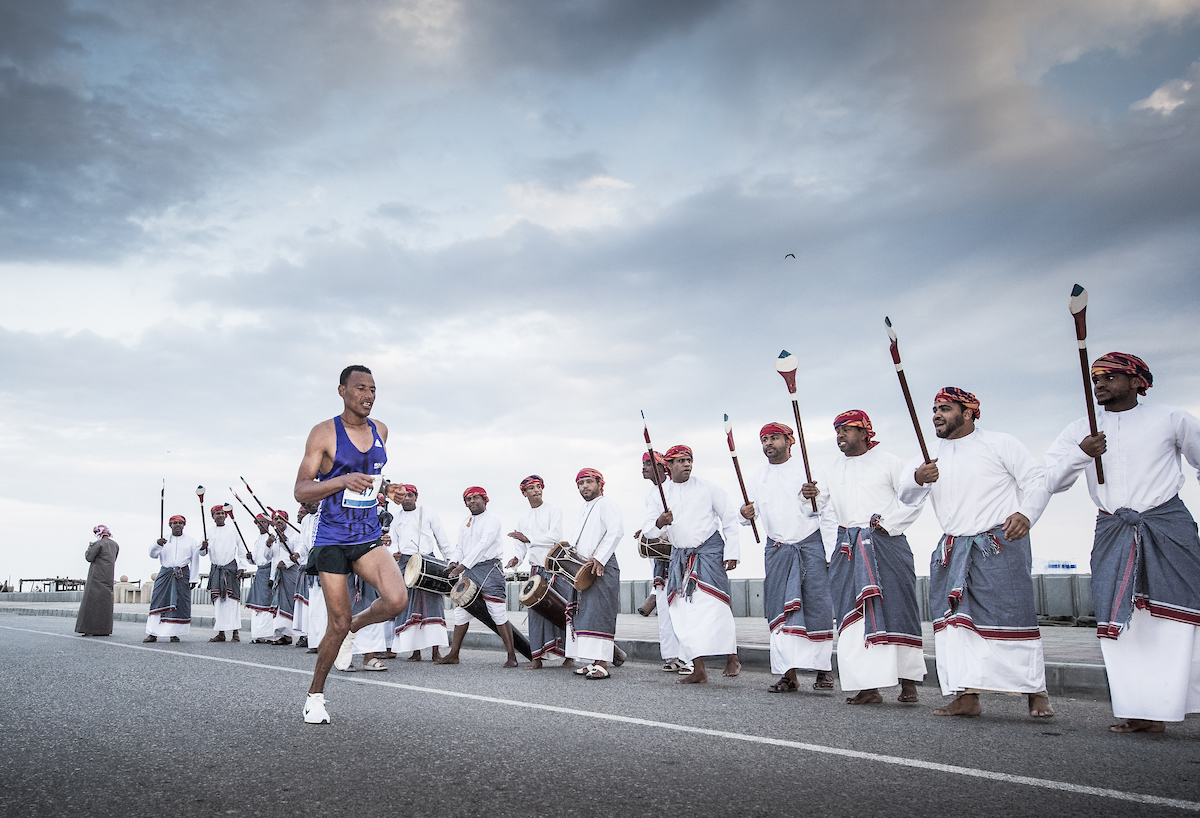 Muscat, January 14th 2019: Led by the largest number of elite long-distance athletes ever gathered in Oman, next week’s Al Mouj Muscat Marathon is on course to be the biggest ever.

With the clock counting down to the two-day festival of running – starting with the main marathon event on Friday 18th January – almost 8,000 athletes have registered, setting yet another record with increased entries in all six running categories.

At what is likely to be the head of the field, last year’s Al Mouj Muscat Marathon winner Moses Too knows he will have to overcome determined opposition to retain his title.

Five of the seven-strong men’s elite group have better personal best times than the Kenyan athlete, notably his compatriot Ronald Korir, Ethiopia’s Belay Asefa, and Uganda’s Jackson Kiprop, all of whom will be out to finish inside Too’s 2018 winning time of 2:19:30.

The women’s elite entry also boasts some star turns, with winner of the Milan, Nanjing and Wuhan marathons Asnakech Mengistu, one of a trio from Ethiopia alongside Buzunesh Tesema and Tsedal Gebretsadik, as well as Kenya’s Gada Bontu and Czech champion Petra Pastorova.

Meanwhile the 1,500 runners taking part in the 10k race will be joined by women’s world marathon record holder Paula Radcliffe, with the iconic British athlete continuing her role as international ambassador for the marathon’s eighth edition.

The across the board increase in participation is expected to provide immediate benefits to the Sultanate in terms of its economic impact, as well as further develop the longer-term objective of establishing Oman as one of the world’s premiere sports tourism destinations and the Muscat Marathon as the leading event of its kind in the region.

“With another record-breaking entry the 2019 Al Mouj Muscat Marathon will be the biggest ever held, and we are delighted to welcome the many elite and amateur athletes who have travelled to Oman from all over the world,” said Salma Al Hashmi, Chief Marketing Officer of event organiser Oman Sail.

“The event has also inspired many people throughout Oman to adopt a healthier lifestyle, and it is playing an important part in developing new areas of the national economy.

“Working with our many partners we have been able to build on the foundations established by Muscat Road Runners, and we are grateful for the continued backing of our title sponsor Al Mouj Muscat as well as the support of the Ministry of Tourism, Oman Athletic Association and the Muscat Festival.”

The full 42km marathon is the centrepiece of the festival which will also see a half-marathon, marathon relay and the 10k race sharing the course next Friday. The 5k Charity Fun Run – which has attracted over 2,000 participants – and the Kids’ Run will be held on Saturday.

At the heart of the event is the race village, which will be set up in the vibrant Al Mouj waterfront community. The flat and fast internationally certified course itself will take athletes past many of Muscat’s memorable landmarks including Al Mouj Golf, Seeb corniche and the Fatma Al Said Mosque.

The marathon, marathon relay and half-marathon events start at 6.30am next Friday, with the 10km race setting off at 8.30am. Saturday’s 5km Charity Fun Run – which will benefit six charities in Oman – starts at 7am, with the first Kids’ Run start at 8.20am.