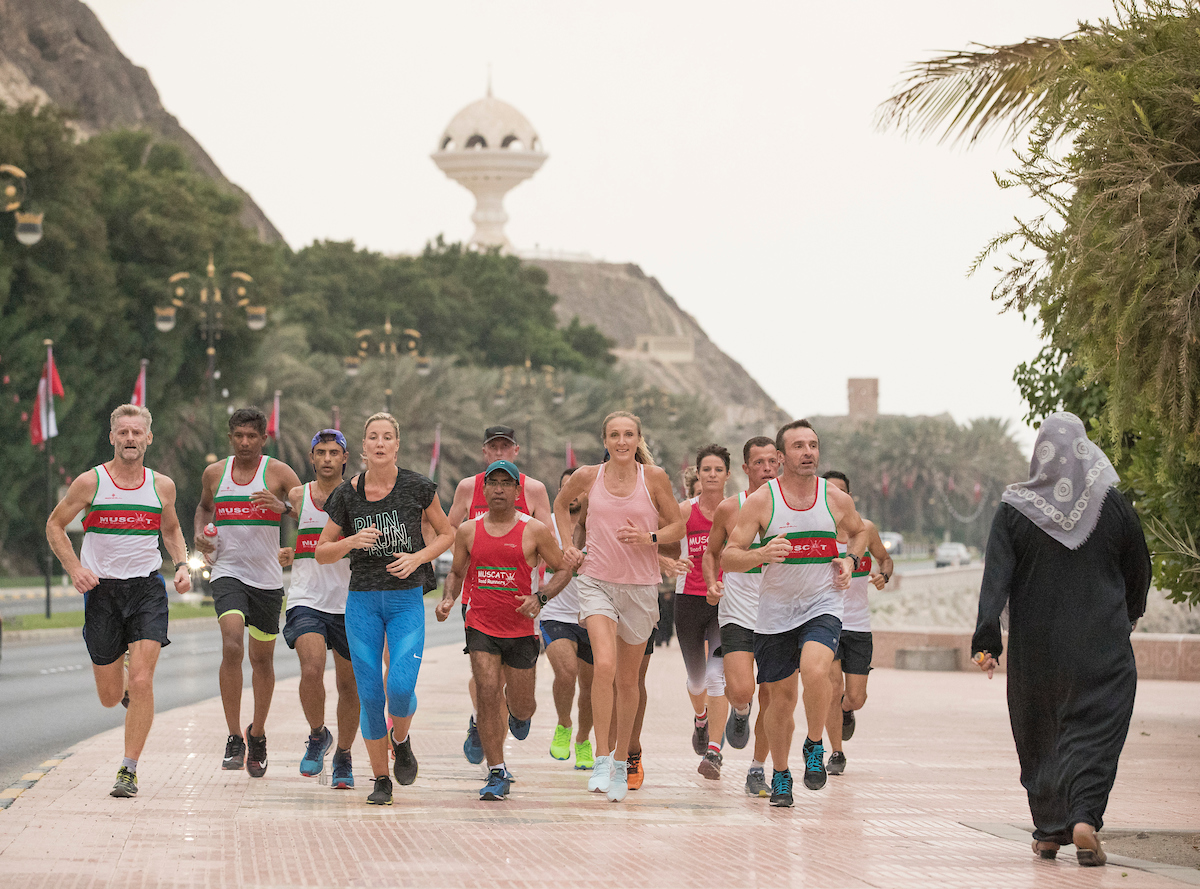 World record marathon champion Paula Radcliffe has described Oman’s Al Mouj Muscat Marathon as a ‘must-do’ event which can blaze a new trail in the Middle East.
Speaking near the end of a five-day visit to Oman, Radcliffe said the 2019 edition of the now established international event had earned its place on any marathon runner’s bucket list.
“It is absolutely a must-do event – I think it is one of those that people will have to tick off,” said the iconic British athlete, who is the international ambassador for the marathon’s eighth edition.
“A lot of marathon runners will have their bucket list of their favourite ones. They all have something unique and special about them, and the Al Mouj Muscat Marathon absolutely has something special, it has something unique, it has – like the country of Oman – something to show off.”
The former marathon, half-marathon and cross-country world champion – whose 2003 Women’s World Record marathon time of 2:15:25 is still unbroken – took on the ambassadorial role with the aim of encouraging greater participation by runners from both Oman and the wider worldwide athletic community, particularly women.
She said: “Over the last few years we have seen a big evolution in women’s running globally, a lot of the big races like the London Marathon, the Great North Run and the New York Marathon have reached parity and gone beyond it with more than 50 percent of runners in the race women.”
During her visit Radcliffe spent time in Muscat, stayed at the Alila Jebel Akhdar Hotel in the breathtaking Al Hajar range, went on a diving trip to the internationally acclaimed Damaniyat Islands, ran with members of the Muscat Road Runners, the marathon’s original organisers, and had a fun run with 168 kids representing seven schools.
She admitted: “Before I came here I just did not realise how much Oman has to offer. There is the weather of course, and the sea, but also the mountains and architecture all coming together that makes it somewhere very special to visit. I would rate Oman 10 out of 10 – I have absolutely loved it from start to finish.”
Radcliffe will return to Oman next year to introduce and flag-off the start of the Al Mouj Muscat Marathon itself, and then take part in the 10k event.
Alongside the marathon and 10k races, the two-day festival of running will also feature half-marathon and marathon relay categories on Friday 18 January, and a 5k charity fun run and a Kids’ Run the following day.
“We have been delighted to welcome Paula to Oman,” said Salma Al Hashmi, Chief Marketing Officer of event organiser Oman Sail. “She is a legendary figure in the international athletic world, and we hope she will inspire others to follow in her footsteps and seize the opportunity to take part in the Al Mouj Muscat Marathon in what is a truly unique location.”
The Al Mouj Muscat Marathon has seen runner records broken every year since it was first held in 2012. More than 6,000 runners from 87 nations took part this year across all the categories, with organisers Oman Sail aiming for a further dramatic increase in 2019.
Radcliffe retired from competitive running in 2015 having won both the London and New York marathons three times. She was the IAAF World Athlete of the Year in 2002, the AIMS World Athlete of the Year in 2002, 2003 and 2005, and the 2002 BBC Sports Personality of the Year. She was awarded the MBE in 2002.