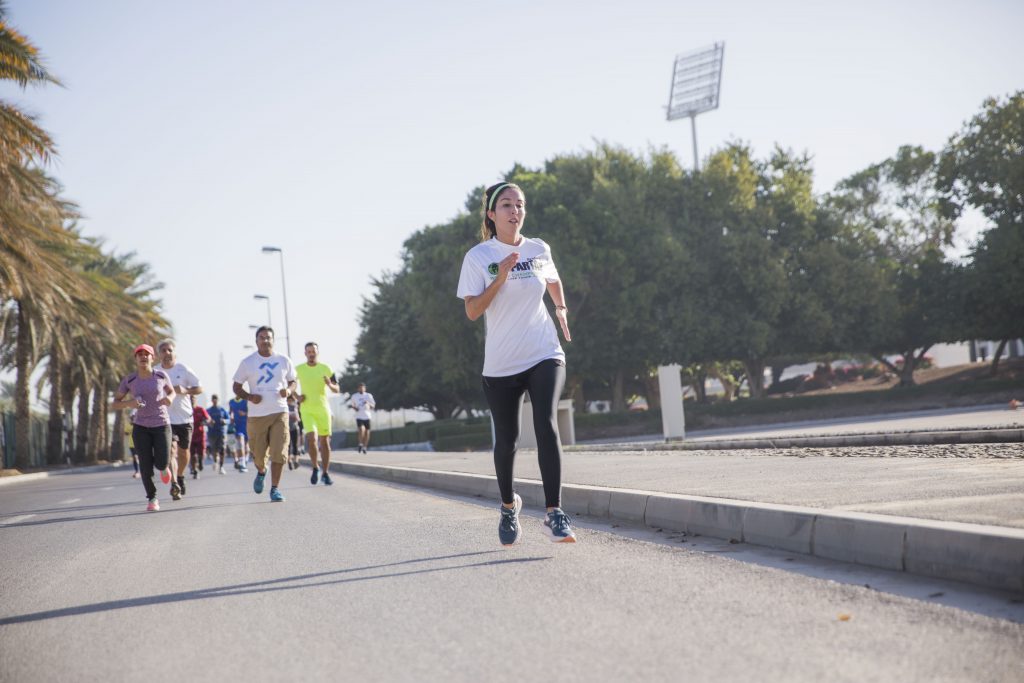 The final countdown has started for the 2018 Al Mouj Muscat Marathon as thousands of athletes begin to converge on Oman’s vibrant capital for Friday’s international showpiece. With a record-breaking entry and new formal recognition of its international status and course standards, the seventh edition of the event will see 6094 runners taking part in six different race categories across a two-day sporting festival.

This year’s Al Mouj Muscat Marathon will welcome an influx of athletes representing 87 different nationalities with sizeable contingents from India, Britain, the Philippines, France, South Africa and the US.

Compared with 2017 – itself a record-breaking year – entries for the Marathon centrepiece challenge have more than doubled to 234, with the number of runners in the Half-marathon and 10km events also dramatically increased with 683 and 1,299 athletes respectively.

A further 394 runners will be taking part in the Marathon Relay team category, with 1099 signed up for the 5km Charity Fun Run in support of the Oman Diabetes Association. While the youngest runner will be among the remarkable 2374 entries taking part in the Kids’ Run on Thursday – the opening event of the two-day festival – the oldest is 73 year-old Edwige Van Den Assem, who is travelling to the Sultanate from Dubai for the 10km women’s race.

The last week has seen anticipation rise with the publication of the 2018 Runners’ Guide with detailed information for runners and spectators alike, including advice, race regulations, health tips, event timetables and maps of the various race routes in and around the Al Mouj waterfront destination complex.

In the run-up to the start, organisers Oman Sail were delighted to receive formal recognition of the event from world running’s international governing body AIMS – the Association of International Marathons and Distance Races.

At the same time, the stunning Muscat coastal courses have been measured to meet global International Association of Athletics Federations (IAAF) standards making the Al Mouj Muscat Marathon eligible for recognised record-breaking performances.
One visiting runner with precise timing on her mind is a British woman aiming to reclaim her Guinness World Record for the fastest half-marathon pushing a double buggy.

Sarah Steer and her husband Martin only began serious distance running with their first marathon in 2011, but have now joined the exclusive 7 Continents Club of only 206 people who have run marathons on each of the planet’s seven continents, including Antarctica.

Meanwhile, following the arrival of twin sons Luke and Nathan, now three, Sarah set a buggy-pushing record in 2016 which has recently been narrowly broken.

“I’m recovering from some injuries so I am not as confident of getting the record back as I would like to be,” said Sarah, shortly before travelling from her home near Cambridge, England, for what will be her first stay in Oman.

“There are lots of little variables and a few things that could go wrong, but at the end of the day you just never know with a race, sometimes you can pull it out of the bag. I will give it my best shot which is what I always do – sometimes that works, sometimes it doesn’t.

“As long as I have fun and my boys are OK that’s all that matters. They love the buggy and get really excited when we go out. Martin will be running with me in support – occasionally the boys throw something out of the buggy so he has to be there to pick up the pieces!”