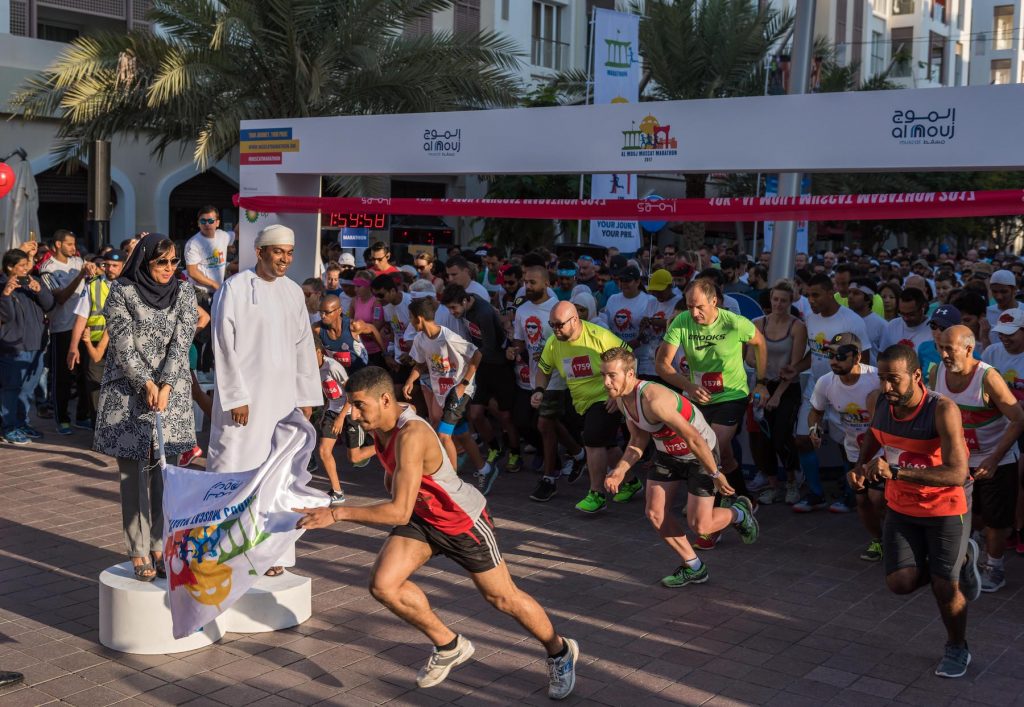 More than 900 runners have registered for the popular Al Mouj Muscat Marathon in January signalling a marked increase on previous entries and a giant leap forward in the plan to position it in the top league of international marathons.

Among the current field of runners is Iceland’s Asta Parker, winner of the Women’s Marathon for several years who also completed the 165km Oman Desert Marathon in Wahiba last month.

The women’s contingent in 2017 is set to be a strong one with Jane Hodgson, who came 2nd in the Super Veterans Marathon this year and Helen Graham also in contention. Helen came 3rd in the Veterans Marathon in 2016.

Young Omani runner Sami Alsaidi, 23, was the overall winner and the winner of the men’s event but among the 2017 contenders, Robert Ambrose, who finished second in the Super Veterans Marathon and Nick Conlan, second placed in this year’s half marathon, are likely to attract attention in the men’s classes as two of the highest profile runners in the region.

The Muscat Marathon will feature three event distances: the marathon, half-marathon and a 10km run with routes for all three expected to be announced shortly.

Now in its sixth year, the Muscat Marathon has grown steadily in popularity with around 600 runners, including 54 overseas participants, competing on a route around the Sultanate’s capital city earlier this year in January.

The Muscat Road Runners’ move to team up with Oman Sail as joint organisers and sponsors Al Mouj earlier this year is designed to expand the Marathon’s potential by appealing to a larger regional and international audience, and tap into a flourishing international marathon circuit.

These all involved complex logistics and the organisation of large numbers of international visitors but their success has equipped Oman Sail to turn their hands to managing a wide range of events so preparations for the marathon were straightforward and on target, according to Oman Sail’s Chief Marketing Officer Salma Al Hashmi.

“We are delighted with this record number of entries and there is still over a month to go before January 27 2017, when the marathon takes place,” she said.

“Our vision is to directly impact the economy of Oman by establishing the Sultanate as the region’s leading sports tourism destination, we seek to create direct in country value by working with SMEs and to inspire and train young Omanis to work in the sports tourism industry.

“Our country’s natural environment gives us a competitive advantage and with more and more people using long distance running and sport in general as a platform for travel, we seek to put the Al Mouj Muscat Marathon at the heart of this strategy.”

Every competitor in the Al Mouj Muscat Marathon will receive a finisher’s medal and for each category there will be a 1st, 2nd and 3rd trophy, for which prize money will be available. All participants will receive a bib and technical shirt during Registration on Thursday 26 January 2017, 16:30-20:30.